Transform a couple of ripe bananas into yummy banana bread by combining them with pantry staples along with spicy cinnamon chips.

Filled with homespun flavor, this tasty bread is great for an afternoon snack. The cinnamon chips are a scrumptious addition and a touch of cinnamon further enhances the spicy taste. You can also substitute chocolate or white chips in place of cinnamon chips, if desired.

Whether paired with a glass of milk, a cup of coffee, or simply as a grab-and-go treat, a slice of banana bread with a smattering of cinnamon chips is always welcome.

Homemade pancakes are a delightful way to start the day, but if you like the taste of cinnamon, they can be even better. By simply stirring cinnamon chips into the batter, it’s easy to add spicy flavor to a stack of tender pancakes.

Ideal for a Mother’s Day celebration or a leisurely weekend breakfast, this recipe for Cinnamon Chip Pancakes is a family-pleasing favorite. Look for bags of cinnamon chips in the baking aisle of most large supermarkets. Aromatic and delicious, they can be added to a variety of recipes such as breads, cakes, and cookies.

Keep a stash of cinnamon chips on hand along with other pantry staples, and you will be able to whip up a batch of mouthwatering pancakes in no time. 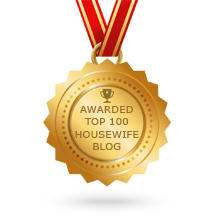